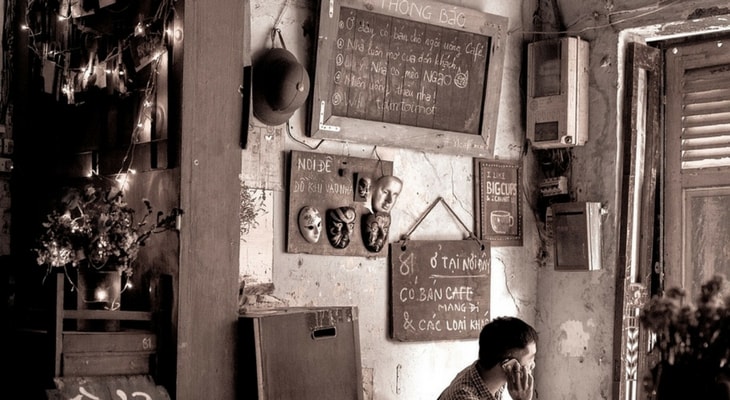 The Rise of Coffee Culture

When you talk about the ‘coffee culture of today’ it brings to mind bearded hipsters with man buns, cloistered in fashionably retro, slightly run-down coffee shops discussing politics and art. Take away the mobile phones and the man buns and the scene could be one from many centuries ago. From the moment coffee took hold in Europe and beyond, it became a tool to bring people together. In coffee houses throughout history, revolutions have been planned, art and science have been advanced, and businesses have been launched; coffee has shaped our society and cultures for countless centuries.

Throughout history, coffee has never been a mere beverage. There is an entire culture built around the drinking of coffee: it lubricates not only our palates, but our conversations, our work, our leisure, even our politics. You can travel to virtually any country in the world and discover a common interest: the drinking of coffee as a social and cultural rite of passage.

The rise of coffee culture

Although Italy is the nation most famously associated with coffee, it is in Turkey that the first recorded coffee house appeared, in the 14th century. It is here that coffee was first known to bring people together in a social setting. To this day, coffee culture dominates in Turkey: every cup is prepared in a ritualistic manner and served in ornate small cups, often as a dessert with sweets. Turkish coffee is strong and thick, brewed one cup at a time. The preparation and sharing of coffee is woven into the social structure of this nation, with locals believing that if you share a cup of coffee with someone, it guarantees 40 years of friendship.

Italy has had a long love affair with coffee, namely espresso. As this iconic beverage started to rise in popularity throughout the country in the 16th century, it was dubbed the ‘devil’s drink’ by clergymen, who petitioned for it to be banned and labelled as an instrument of Satan. Luckily for Italians, Pope Clement VIII tasted it, loved it and gave it the Catholic seal of approval. On the streets of Venice and Rome, the aroma of coffee wafts through the air and people gather in cafes at all times of the day.

With the arrival of endless numbers of chains plying coffee on every street corner throughout America and the UK, it would be easy to assume that coffee culture has become diluted and weak. However, even this mass proliferation of standardised drinks and cafes lacking the individuality and vibe of true coffee houses has not been enough to kill the coffee movement.

Coffee culture in countries that used to be dominated by Starbucks is now moving away from mass consumption. In the U.S., speciality coffee’s market share has increased from 1% to 20% in the last 25 years. The roasting and brewing processes have become an artisan hipster craft that focuses on sustainably grown, locally roasted fair-trade beans. Important factors considered in speciality coffee are bean origin, roasting methods and the brewing process.

In the western world, culture seems to have gone full circle. From the early days of lovingly crafting, measuring and brewing each cup, through the automated age of endlessly drip-brewed coffee, the rise of speciality blends has sparked a return to more basic, detail-oriented approach. Communities are forming around modern takes on ancient techniques, such as the simple but amazing AeroPress. A whole new subculture has formed around this device, with world championship competitions and passionate user communities.

For an example of independent and speciality-focussed coffee culture, look no further than New Zealand, which has more coffee roasters per capita than anywhere else in the world. New Zealand has a strong coffee culture far removed from the plethora of coffee chains found in countries like America and the UK. Although it’s relatively new to the scene, speciality coffee in this small country is growing fast. New Zealand is far removed from the rest of the world, and famous for its creativity and innovation. This has flowed through into the coffee culture, with a New Zealand barista famously inventing the ‘flat white’, a style of coffee now sold in Starbucks throughout the world. You’d be hard pressed to find a bad cup of coffee anywhere in New Zealand, with many people claiming they have the best coffee in the world.

So renowned are Kiwis for their coffee-making skills that many of the speciality cafes found in the UK or America were started by New Zealanders. As opposed to the US, where the coffee market is 80% based around filter coffee, New Zealand café culture is nearly 100% espresso-based, which requires high-quality beans and brewing processes.

The new wave of speciality coffee is moving away from seeing coffee as a commodity, and treating it more like a fine wine. This involves attention to detail around growing and harvesting techniques, processing, and building relationships between smallholder growers, traders and roasters. Micro-roasting is akin to microbrewing, utilising skilled brewing processes. It’s all about culinary arts and appreciating the many different subtleties in flavour from different growing areas and plant varieties. Coffee is now reaching the same high-level artisan status as wine, tea, chocolate and speciality beer. Speciality coffee should not be confused with gourmet or premium coffee. There is a strict set of standards that defines coffee as “speciality”, involving guidelines for ideal climates and even soil composition. Single-origin coffee is favoured over blended coffee, and there is a revival of alternative preparation methods such as vacuum brewing or the use of simple pour-over devices such as the Chemex.

Wherever you travel in the world you will find a unique coffee culture, but all countries share the same basic values; coffee is consumed socially, and it brings people together from the smallest villages to the biggest cities. This humble bean has shaped human society for centuries. So the next time you casually sip on your cup of coffee, whether it’s a black, flat white, espresso, macchiato or latte, take a moment to appreciate the power of this unassuming beverage.